In most households, doing laundry only once or twice a week is more effective and efficient than doing a load or two every day, and that is because the first step in preparing to do laundry is to accumulate an adequate stock of dirty clothes and linens to wash. It is inefficient and ineffective to run washers and dryers with very small loads; clothes come cleaner if washed in medium or larger loads and if articles of different sizes, large and small, are mixed loosely together in a load. This sort of mix will also help prevent the load from becoming unbalanced. (When the load becomes unbalanced, the washing machine may automatically shut down or dance wildly across the floor.) Clothes dry faster, too, if the dryer has at least a medium fill. Moreover, if you wait until a good stock is accumulated, you will have fewer temptations to give some items improper treatment by washing them with a load of dissimilar items.

On the other hand, the accumulation of laundry should be small enough to be completed in a reasonable amount of time, and each laundry day should be fairly close in time to the last one—a week or less. The longer the dirt stays on fabrics, the harder it is to remove. In many instances, articles should receive interim treatment to prevent permanent staining or discoloration. Dirt, particularly perspiration and many food stains, also weakens fabrics, causing them to deteriorate, fade, or turn yellow. Mildew and odor are more likely to develop if laundry sits unwashed for a while; mildew can permanently discolor fabrics. And, of course, the sooner the laundry is washed, the sooner the clothes and linens are available for using again.

Choosing one day a week when most of the laundry is always done will go far toward making laundry easier to do while keeping life pleasant and orderly. One may choose to do a smaller wash of similar items on a second washing day—say, toddlers’ clothes or towels and linens or other items requiring relatively uncomplicated treatment. 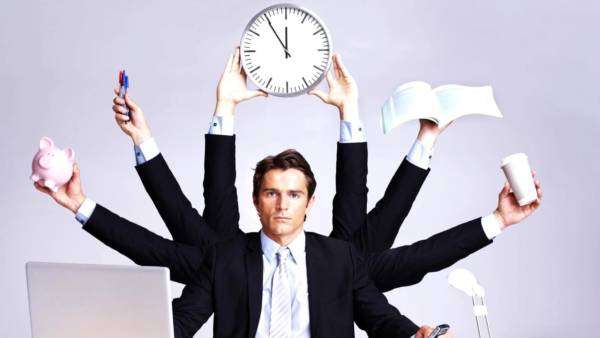 Households in which all adults work full-time out of the home may prefer to have two laundry days (or evenings), a major and a minor one, or in households with lots of laundry, two roughly equal laundry days. If you are going to have two laundering days, you may help yourself to stay organized by doing a different kind of laundry on each day—for example, towels and linens on one, clothing on the other. Cleaning day, when you strip the beds and put out fresh towels, is also a good day to wash towels, sheets, tea towels, table-cloths, and other household linens. Clothes may be better done on a separate laundering day from linens and towels because they are usually more complicated to sort and tend to. If you do any ironing, you will find you stay more organized, and the clothes stay fresher, if you do it as soon as possible after washing, or even while you are washing.

It is possible to do small amounts of laundry several times a week or every day. This system actually tends to work best in large, highly organized households, particularly those in which someone stays home to keep house. But it also tends to be adopted as a kind of default system in more disorganized households where no one stays home. Frequent laundering geared to the needs of the day makes it hard to get properly sorted and balanced loads. Besides, this method never gives one a sense of repose, freedom from an accomplished chore. Nor does it lead one to form expectations and habits in accordance with what clothes and linens will be available for use at a given time. And because it requires you to attend to the laundry so frequently, it is a system that tends to break down, creating disorder and crisis and more frustration. The system of doing laundry once or twice a week depends on having a stock of clothes and linens that will last a week and be adequate for occasional emergencies as well—but this is usually a condition easily met in the era of inexpensive fabrics. Some people manage to have even fewer, but longer, laundry days by stocking extra-large quantities of clothes and linens, a satisfactory procedure so long as proper stain-removal procedures and pretreatments are used on stored soiled clothes. Centuries ago, the difficulties of laundering meant that in some large, wealthy households linens were washed only annually or semiannually. These households held astonishing stores of linens, dozens of sheets and tablecloths, for this was necessary to get from one rare laundering day to the next.

Post by Laundry Bubble. Dry Cleaning & Laundry To Your Door!